As an integral part of Pa Kua, the study of ancient weapons is critical to martial art development. Coordination, precision, and discipline are some of the numerous benefits of studying the art of combat with ancient weapons. The art of combat with one of these weapons was very often developed out of necessity, using common ordinary items. The stick that accompanied a traveler on his journey turned into a weapon and its use eventually evolved into an art. The common household item used to carry water back from the well was used as a weapon in case of emergency. Other ancient weapons are actual weapons of war. Their study is accompanied by a study of the warrior’s discipline, which helps us today in our daily battles of life. The discipline of mind and body acquired during the study of any of these weapons from the past is an invaluable tool for us today. Some of the ancient weapons taught in Pa Kua are a variety of Swords, Long Stick, Short Sticks, Boken, Shinai, Jian, Articulated Double Sticks (Nunchakus), Three Articulated Sticks, Throwing Knives, and Night Stick.

Let us help you get started on your martial arts journey! 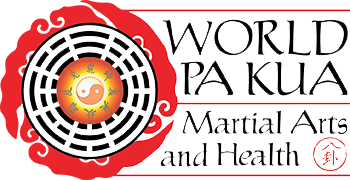